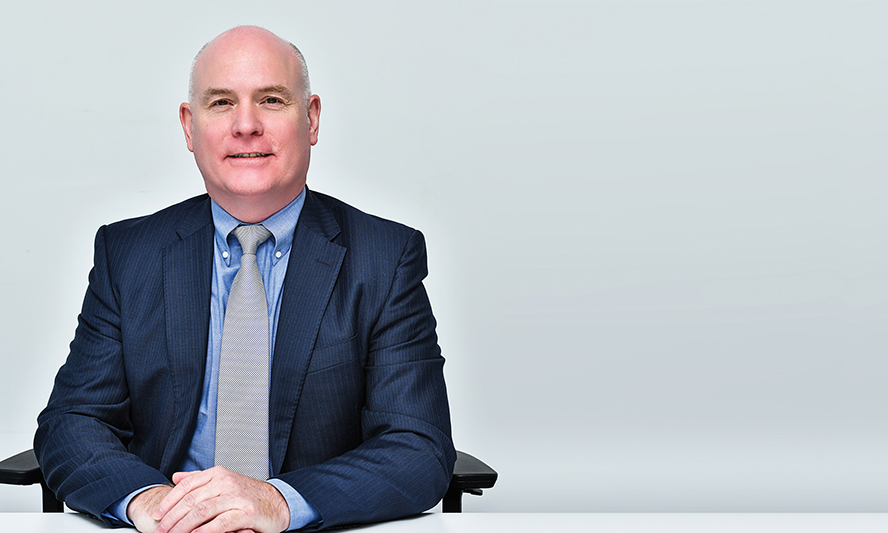 Cundall recently celebrated 10 years in the Middle East  and here, Jason Saundalkar from ME Consultant talks to Managing Director, Richard Stratton about his firm’s journey, getting away from being stereotyped and the importance of people and innovation.

First published in ME Consultant.

As the man responsible for Cundall’s business in the region since it was first established, Stratton has seen the local market and his business change significantly since those early days. “It has been an interesting journey, in our 10 years we saw the height of the boom, the global recession and its regional impact and then a gradual improvement in the market. When we first set up here, it was quite staggering for us as an international company,” he says.

Setting up in Dubai was what Stratton refers to as a “cold start” for Cundall. “Dubai was one of our first offices outside of the UK, following on from Australia which we had set up a few years earlier. This market was a cold start for us though, we knew and had previously worked with companies that were already operating here, but we came to Dubai without any projects in hand.”

Cundall grew relatively quickly, however; although the firm planned to have 12 people after its first year in Dubai, the consultancy actually had a staff count of 50. “We were doing some exciting projects and back then you had all the famous celebrities involved with property projects. Brad Pitt was involved in one of the projects we were doing, and although we didn’t meet him or any of the other celebrities, these were the kind of projects that Dubai was famous for in those days. The way I describe it, for an engineer or designer, it was your child in a sweetshop moment. We may never see those kinds of projects again, because the market here is now at a completely different stage to anywhere else in the world.”

When the global financial crisis hit, Cundall, like many other consultants, felt the effects. Stratton notes that discussions about exiting Dubai were had, but the company decided to persevere. “We contemplated closing the business because of how challenging it got, but we persisted. We are a privately-owned company and I’m one of the owners, and we don’t like to give up. When we’ve made a commitment to a location we try our best to make it work, and so what we had to do was reassess the work we were doing.”

Since Cundall hadn’t penetrated other emirates or markets outside the UAE when the market dipped, the firm decided to push ahead within Dubai by focusing on property consultancy. “We were looking at buildings and analysing them for our clients, whether they wanted to buy or lease them. We also gave technical advice on what they should do and that strategy proved to be the saviour of the company. We rebuilt the team around that strategy,” notes the father of two.

While the strategy helped the firm regain its footing, it caused the company to be stereotyped in the market thereafter. It’s a challenge Cundall is still dealing with today, according to Stratton. “We’ve become stereotyped because of our previous focus on property consultancy, and it’s a barrier that we have to overcome. We have to get past it because, from an engineering point of view, we’re probably the strongest company in the corporate interiors market. We’ve worked for the biggest and most prestigious international clients as well as a lot of local clients, and we’re doing very big corporate interiors and other such fit-out projects, and some residential work as well.”

Having established a stable base in Dubai, Cundall was keen on expanding its business to reduce its risk and dependence on just one market. “We knew we had to diversify, so back in 2010 we began the process of establishing an office in Qatar. We also signed a partnership agreement with a firm in Oman, so now our main areas of focus are Oman, Saudi Arabia and Qatar. Our internal structure differs slightly across our Middle East offices – historically we have been discipline-focused, very much on the MEP engineering side of things, although that has changed now. In Qatar we are now full multidiscipline, we do everything from structural to civil and have all the specialisms and architecture as well.”

Today, Cundall has a healthy pool of talent in the region. In Dubai, the firm employs 30, while its Qatar and Oman operations stand at 60 and 15 respectively. In Oman, the consultancy is engaged with a large mixed-use development, while in Qatar, it is involved in a large rail project and is eyeing a larger infrastructure project. Stratton notes that his firm is very loyal to clients and uses its agility to deliver quality work on programme. In Dubai, the firm is now gearing up for expansion.

Stratton emphasises that staff are Cundall’s most valued assets and, as a result, the firm puts a lot of effort into staff happiness and wellbeing. “Staff wellbeing is very important to us, which is why we are moving offices. We want to try and create a better office and working environment that is conducive to health and happiness. A happy person is better with clients and they are more efficient.

Cundall is also keen on creating differentiation through innovation and the use of new technology. Its WELL-accredited office in London is just one part of its plans. The company has also developed a virtual acoustic reality (VAR) system in-house, which can be used to place designers and clients in a 4D virtual space during the design phase on projects.

The company has also developed the ability to optimise building parameters through parametric modelling technology. Using analytical tools such as Rapier and Grasshopper, building designs can be optimised in terms of lifecycle energy and cost without compromising comfort early in the design process.

“There’s an appetite for technology and innovation in Dubai, because it is so young as a city and because they want the very best the world has to offer. We are committed to the city and to the region, and we plan to be here for the next 10 years and the 10 years after that. As long as the region will have us, we’ll be here,” concludes Stratton with a smile.