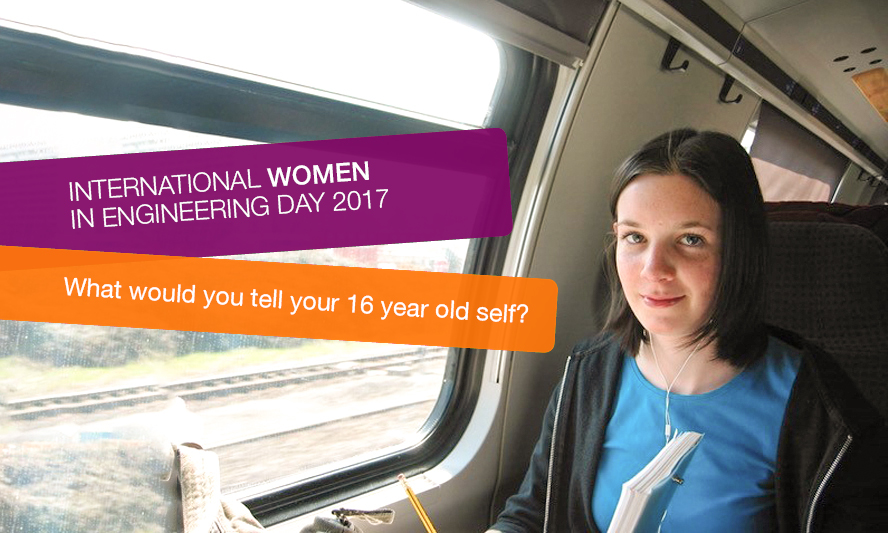 Things I would tell my 16-year-old self Part 3

To mark International Women in Engineering Day 2017, we asked Ruth Best, if she could turn back the clock, what would she tell her 16-year-old self.

I recently gave a talk to the Women’s Engineering Society at Glasgow University, and was asked the question, ‘What advice would you give other women in engineering?’. My response is the same as the advice I would give to my 16-year-old self: don’t be too hard on yourself, and don’t worry if your path isn’t the same as everyone else’s.

I think we forget just how difficult it is to be a teenager. My world felt so stressful at that age, with exams and my future a constant worry. I was not one of the lucky people who knew instantly what I wanted to be when I grew up; I spent my childhood choosing to play with Barbie dolls rather than Lego, and only chose engineering after a teacher commented that I would be good at it. At the time, I felt like I was the only one without a clear path, but as I got older I realised just how common that feeling is.

I spent my time at school, and subsequently at university, comparing myself to everybody else, convinced I was never going to be as good an engineer as them because they seemed so certain about their path. This was made more difficult by being ill whilst at university, which often meant I couldn’t do the things that others could, like doing summer placements and taking part in societies. For a long time, I thought the only way to be a good engineer was to be like everybody else in my year; I think this can often be one of the difficult things about being a woman in engineering, or indeed in any minority group in any profession. It took me a long time to realise that being different is the very thing that makes me good at my job.

One of the key things I did at university was make a deal with myself – I stopped beating myself up for the things I couldn’t do, and promised myself that when I was able, I would make up for it. This is why now, I find myself volunteering for anything and everything that comes across my path. After two months in the industry, I found myself on the CIBSE Scotland committee, joined Cundall’s staff forum, became a STEMnet ambassador, and am now about to embark on a six-month adventure to our Hong Kong office. Because I haven’t had the same path as everyone else, I am a more resilient and more confident engineer. I bring a different perspective to my job, and use this to solve problems in creative ways. Thinking differently and being able to problem solve are two of the most useful skills an engineer can have, and allow me to make valuable contributions in my job. I wish I had been told when I was 16 that I didn’t have to be like everyone else to be successful. In the immortal words of Beyoncé: