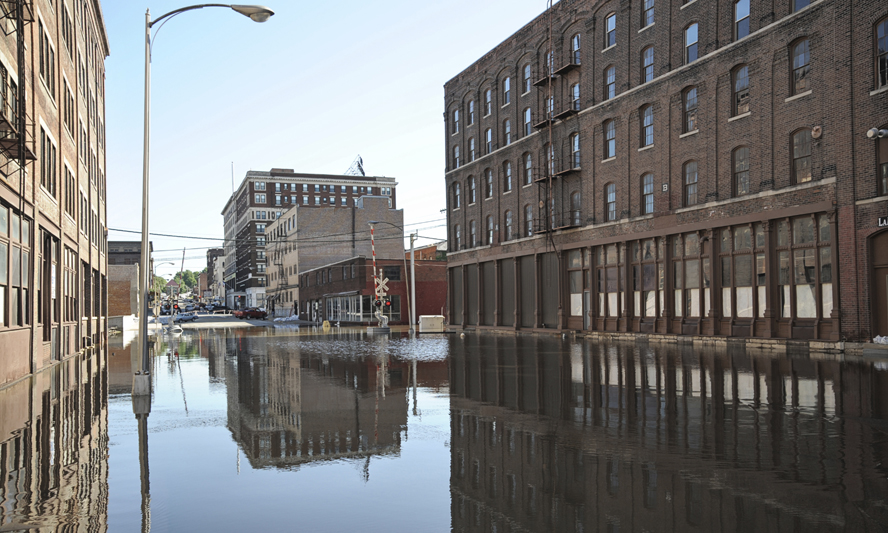 It seems somewhat ironic that on World Water Day (22nd March), our news continues to be dominated by extreme flood events. As recent as Monday (12th March), the South east of Spain saw half the average annual rainfall consume the region in a single day, marking the worst flood events seen in 20 years. This too, after some parts of Spain saw its first snowfall in over 30 years!

The recent flooding in South America, only a few weeks ago, led to millions being without clean water as landslides caused chaos.

This once phenomenon of increases in extreme weather and flooding is now widely accepted as a direct result of our impact on the environment, leading to a rapidly changing climate.

A quick internet news search will astonish anyone willing to take 5 minutes to see where Mother Nature has decided to rain down on next. In the last month alone, in addition to those mentioned, we have seen the Middle East hit by “apocalyptic” flooding, western parts of America having the wettest season in memory and New Zealand struggling to cope with record storms.

Closer to home, our recent encounters with Doris and Angus are still fresh, we continue to look for ways to deal with these ever-increasing occurrences. There has only been three years since the year 2000 in which the UK has not experienced extreme flooding or havoc, proving only too well the effects of climate change.

This blog would never be able to go into the rhymes, reasons and depth that would be fitting of the UK’s history of dealing with flooding and storm water management. It is intended to give a little flavour of our somewhat refreshing pro-active approach in a way that we can lessen the burden-through new development and planning process and how this relates to the bigger picture. This is sometimes the hardest part to grasp.

It has been a long time in the making but we are now starting to see the result of years of hard work, study and parliamentary debates working their way into legislative practice in the way we approach and design new schemes. It is still in its infancy in some regions in the UK but we are definitely heading in the right direction. Sir Michael Pitt’s pioneering studies and reports have paved the way for change. The Lead Local Flood Authority (team in each Local Authority area responsible for local flood risk, the LLFA) becoming statutory consultee in April 2015, armed with guidance and updates to legislation, now preside over Planning Applications with new methods and requirements to tackle existing and future flood risk.

Nearly 2 years on from that decree, the LLFA’s and Drainage/Flood Risk consultants are beginning to fully understand the implications of new guidance and legislation and what it means to new developments.

It means a completely different approach to the Planning Application process with drainage and flood risk becoming an integral and key part of the scheme design. It’s something that almost gives us, as Civil Engineers & Drainage/Flood Risk Consultants, a whole new role.

We, as a society, have an obligation to protect our Environment and the moves that the UK Government have made in the last few years are a pro-active approach to solving a very big issue. Where it may mean a different approach to tackling new development, it does not have to result in a different development end goal if it is considered in the right way. It can enhance new developments. We can do this through educating developers and working with them to understand the new requirements and approach and look at how to deal with it from a planning perspective.

While this is seen as a pro-active approach now, when you really consider why we are having to take this approach it starts to make you question certain historical logic. We are now acting to solve the result of a problem we have created and exacerbated. Does that sound right? A part of this problem is flood protection and management which also impacts our ability to ensure people have access to clean, uncontaminated water. This also includes our ability to deal with wastewater rather than just contributing to the volumes of water being dealt with but also being able to re-use this in situations and locations that really need it.

For example, the landslides caused by the flooding events in Chile actually polluted the cities only source of clean water. This change in climate, which has resulted in the increased rainfall and flood events, does have wider reaching impacts. Flooding can impact infrastructure and our ability to provide every day necessities to the population, including clean water. That same climate change impact can and does have the reverse affect in terms of more extreme weather patterns on the other end of the scale, including drier/hotter conditions which can prolong drought.

The changes to the UK legislation and requirements can be looked at as a way of dealing with and preparing for climate change, to protect us into the future which is a great stride forward. When you look at the very heart of what causes climate change though, our age-old methods of development have been a contributor. Our processes and results have increased our release of greenhouse gases into the atmosphere and reduced vegetation coverage. The cycle of our impact continues through to the recovery of areas hit by severe flooding with even more impact on the environment to return them back to life and then embark on incorporating major flood infrastructure and alleviation schemes to future proof them!

We live in a finely balanced world where everything we do, no matter how small it may seem, has a reaction or consequence somewhere down the line that may not be visible in our immediate surroundings and therefore can create a very vicious cycle, that other “phenomenon” we sometimes label the butterfly effect.

Find out more about our Civil Engineering services here