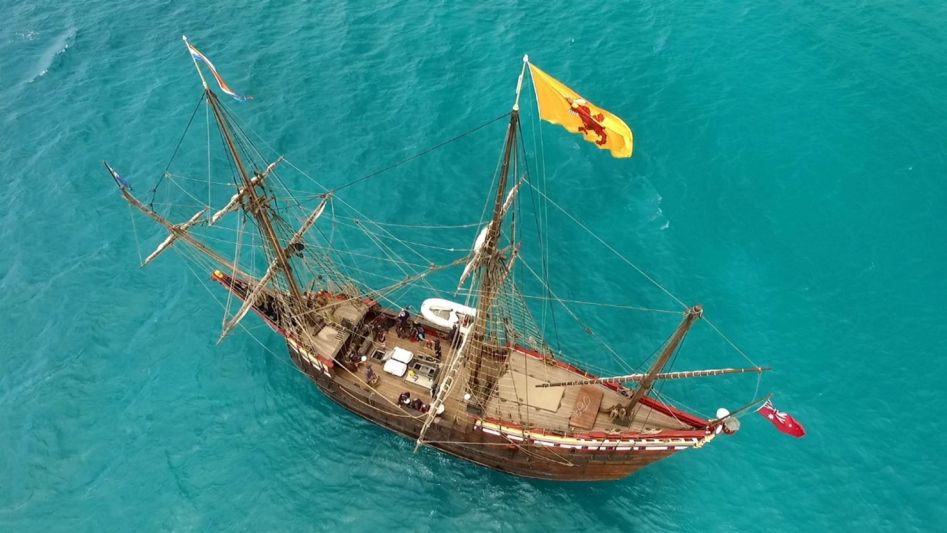 A voyage of a lifetime

This year Cundall is celebrating their 40th anniversary and I am delighted to say because of this I can combine my work and my hobby. As part of the celebrations, I will be hosting Perth’s client event on a piece of Australian history that is very close to my heart. In my spare time I sail …

Following my father’s interest in Humber Keels, my sailing career began when I was young as this recent addition to the internet shows me learning the ropes: 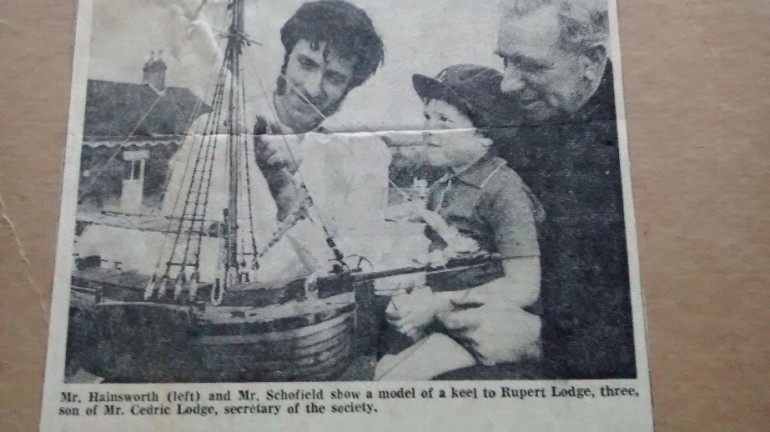 I spent many happy times sailing on the Humber Keel – Comrade – in the 1970’s and 1980s which further developed my interest in square sail. After University I secured a position in London at a leading consultancy and spare time working on one of the last operational steamships in the UK (www.vic56.co.uk ).

Shortly after moving to Perth, the Duyfken Replica arrived in Fremantle after an exciting voyage around Australia from Brisbane. I joined the Foundation (www.duyfken.com) and later was inducted as crew – learning the ropes for real.

The original Duyfken (or Little Dove) was a Jacht constructed in 1595 by the VOC (Dutch East India Company) and was employed in the spice trade with what is now Indonesia. Whilst looking for a new, more southerly, shorter route Duyfken made land fall near Cape York in Australia in 1606. We know this because the ship’s log recorded it and some of the coastline was mapped – the earliest known visit by Europeans.

The Duyfken Replica is a plucky little ship, designed and constructed in Fremantle and launched in 1997. Constructed of Latvian green oak – plank first in the old way – the ship is probably the most perfect replica there is. The hull shape, rig and proportions were compiled from extensive research, old paintings from the period and contemporary Aboriginal cave art of early visitors to Australia.

A programme of day sails on the Indian Ocean and on the Swan River consolidated my knowledge, developed my experience of square sail and in late 2014 I reached the top of the mainmast to loose the main top’s’l. The achievement of a lifetime.

As part of my volunteer work, I became involve in maintenance work. With over 4km of natural fibre rope there is always plenty to do keeping it all shipshape. More recently, I have been heavily involved leading a team of volunteers engaged in the maintenance of the modern, engineering systems on the ship. There has been work to do on the main engines, generator, battery systems, pumps, water tanks, propeller shafts and the like. A major refit and new Oregan pine deck were completed earlier this year in preparation for the Dirk Hartog 400th Anniversary celebrations and voyage.

My interest in ordnance lead to a suggestion that it would be rather nice to get the bronze gun tested and licensed. I carried out some research into the local regulations and found that in WA there is a special section for cannon. Following a recent proof test, the ship now sports a working cannon … 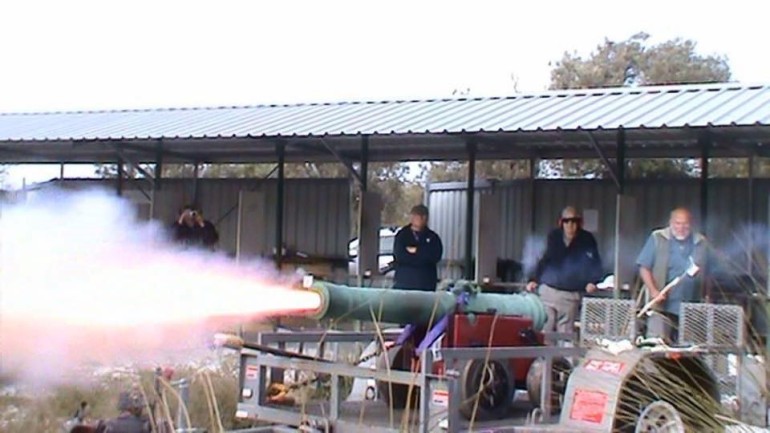 The short story is that Dirk Hartog made landfall in his ship the Eendracht at what is now called Cape Inscription in Western Australia in 1616. He didn’t find much on the barren, hostile coast but nailed a pewter plate to a post to say Dirk Hartog was here. The plate exists in a museum in the Netherlands to this day. To celebrate the event, the Duyken Replica is making a voyage called at various ports on West Australian coast culminating in a ceromony at Cape Inscription.

Following a short ceremony on the 18th August the ship set sail  on the first leg of the voyage to Bunbury. I  joined the ship on 2nd September to work as crew on the leg from Bunbury to Mandurah. In late October I rejoined the ship for the final leg to Cape Inscription and the return voyage to Fremantle. I kept watch and working sail with my ship mates for two weeks under sail living aboard almost as they did back in 1606.

Following the ship’s triumphant return from Cape Inscription, the Duyfken Replica will be the visiting centrepiece exhibit at the newly completed Elizabeth Quay development in Perth. This is when I will be welcoming friends of Cundall to celebrate the company’s 40th history on this beautiful piece of Australian history.