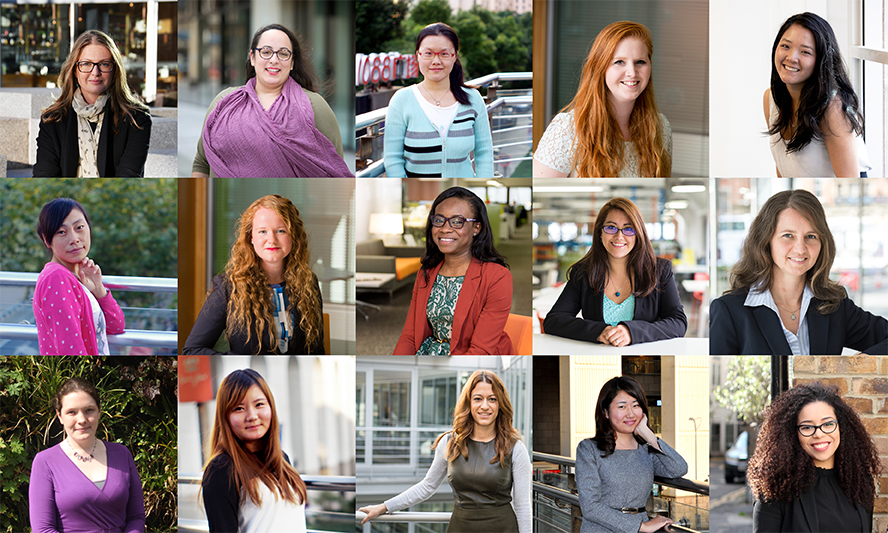 What’s gender got to do with it?

Today, 23rd June, marks National Women in Engineering Day, a day which aims to raise the profile of women in engineering and focus on the amazing career opportunities available to females in this industry.

But why do we need a day dedicated to women in engineering? The number of women in engineering in the UK stands at 9%, the lowest level in Europe* , with eight times more men than women applying for jobs within engineering**.  Cundall’s intake of female graduates in 2015 stood at 27%, a statistic that may be above the country’s average but suggests that there is still plenty of work to do in promoting this industry.

So what has gender got to do with it? We asked both male and female engineers about their opinion on gender in engineering.
“Having been a female in the world of engineering for over 25 years I have seen many changes, not least the increase in the number of female engineers, architects and other professionals that I now work with on a daily basis. This can only be seen as an improvement in our industry and enriches the work we undertake due to the differing ways women and men work and think. I hope in years to come, before I retire, we will hear less and less about women in engineering or gender gaps, as we will all be accepted for what we can do with no regard to our gender.” Tania Clark, Senior Transportation Engineer, Newcastle.

“Overall I think that the greater the diversity of gender within our profession allows for a wider and more balanced perspective with respect to design. It also creates a better working environment for our staff through social interaction and gender sensitivity.” Richard Stratton, Managing Director/Mechanical Engineer, Dubai.

“I don’t necessarily think women engineers bring anything different to the job role than their male counterparts.  I think each engineer has strengths and different ways of doing things, and I don’t think gender plays a part.

I do think it is important to have diversity in a team, however I think that this comes from the different personalities and interests rather than gender.” Gemma Walton, Electrical Engineer, Dubai.

“To me, gender should play no role in the engineering industry. A person should be treated on them as a person; their achievements, accomplishments, skills and passion for engineering. That’s all that should matter in a world of enthusiasm and creativity, not gender.” Dean Ward, Graduate Engineer, Newcastle.

“To me, gender makes no difference whether that be in engineering or within any other industry. I’m an engineer, not a ‘female’ engineer, there’s really no need to stick a gender specific tag on it!

However, whether we like it or not, female engineers stand out as they aren’t very common..  Engineering is perceived as a man’s world, and as long as the ratio of males and females is not anywhere near equal it will always be seen that way. In order to change this, we need to encourage more females into the industry. Things are improving, and this can be seen in the Newcastle Civils team where a quarter of the team is female.” Leanne Christie, Engineer, Newcastle.

“I personally don’t think that gender plays much of a part in engineering, or indeed much of a part in the vast majority of professions. When it comes to problem solving and team working I believe that diversity is important, as it brings multiple perspectives and approaches and ways of thinking that encourage optimal solutions to be reached, however this diversity (to my mind) comes from the people themselves, irrespective of their gender, race, background or sexuality.” David Simpson, Geotechnical Engineer, Newcastle.

“If you ask a hundred engineers what their views are on gender in engineering, I think you would be hard pushed to find anyone who says they disagree with the idea of gender equality in the industry.. So if everyone is saying this, why have things not changed more?We need to really think about how our behavior and actions reflect our views, and confront the uncomfortable truth that we could all be doing more. How often do our actions treat people differently? How often do we focus on someone’s gender, rather than their engineering expertise? And how often do we reflect on our own unconscious biases and strive to challenge them? We need to make sure we aren’t just focusing on fixing the symptoms, but instead look at the underlying causes.. National Women in Engineering Day is a great way to hear what women have to say, but if we are serious about finding solutions, we need to be listening on the other 364 days too.” Ruth Best, Graduate Engineer, Edinburgh.

“The fact that gender in engineering is a point of question, just proves how much of an issue it is.  I personally have only ever experienced an unequal representation of women in the industry since I started. Unfortunately, the reasons as to why this unbalance exists, I feel lies within many  layers. One of those layers I can definitely say is, the lack of exposure to not just Engineering but Engineering in all its diversity, amongst young women in further education.” Sochima Onyenemelu, Trainee Engineer, London.

“Gender in engineering is one of these things that shouldn’t matter on the day-to-day workings, but is noticed. You don’t generally walk down the street and think ‘there’s a man’, ‘there’s a woman’, but that’s because the numbers are fairly even; the moment there’s a minority, it stands out regardless of the situation.” Rebecca Michaelsen, Graduate Engineer, Edinburgh.

Women in Engineering, Working at Cundall