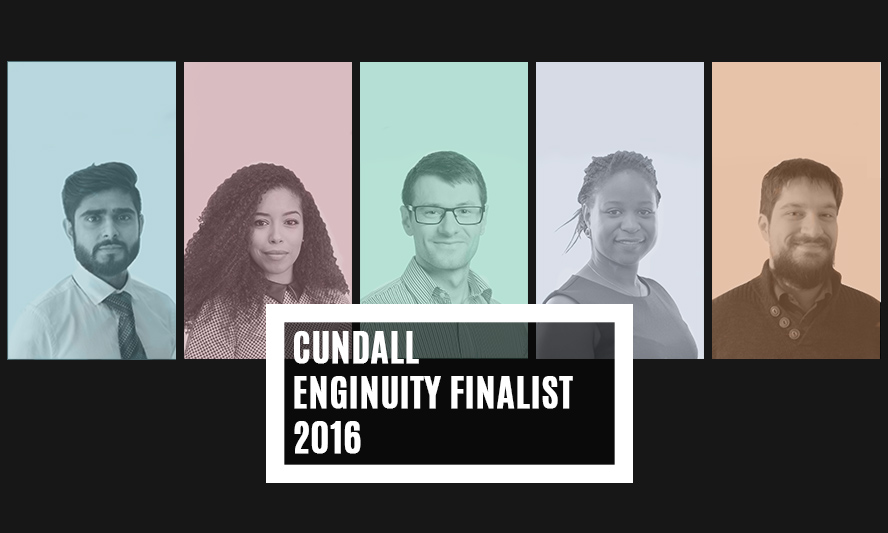 For the first time ever, Cundall has made it into the finals of Enginuity, an internationally acclaimed competition designed to test management and leadership skills for construction professionals worldwide. 2016 saw 229 teams battle it out over eight weeks for a spot in the final 12.

Enginuity is an annual competition that simulates the experience of working on an international construction project. Each team that is entered is given the task of taking a new UK based company and managing it through the turbulence of a computer generated international business environment. The teams have to compete for jobs, recruit the most appropriate project team, and compete against rivals to win clients.

The Enginuity competition may be a simulation but it contains all of the elements that we use in our day-to-day business. To be successful, a team needs to face the realistic challenges of international project management. Each of their decisions are evaluated against a virtual global climate in a variety of real business scenarios. The stages include:

Cundall had six teams compete in Enginuity this year: Straight Outta Cundall, Blue Ocean 40, Kinesis, The Imagineers, Enginaughty, and the team that made it to the finals; Major Key. On 9 May 2016, the teams met to discuss how the competition had gone and how decisions had varied at each stage of the competition.

What came as no surprise was that each team had its own way of working through the Enginuity stages. Rebekah Adams from Straight Outta Cundall commented “Our team was split between London and Newcastle so we divided the work in half with Newcastle looking at job procurement and finance, and London looking at job progression and overheads.” Other teams split the tasks between team members initially, however found bringing it all together for a single meeting was a better option later in the rounds as they got to know the system better.

One of the challenges of this international competition is giving participants a taste of how to deal with real life barriers, one of which is time zones. The Imagineers had one member working from Doha, Diane Johnstone. Rebecca Michaelson commented, “This really wasn’t that much of a problem, we would just make sure to schedule our meetings to Doha time”. Abdul Kassam from Major Key works in Dubai and, as a Graduate Engineer, he commented “it has been a great opportunity to interact with other team members across the globe.”

Some participants, like Liam Johnston from Major Key, have competed for three years running. That’s because the values taught by the Enginuity competition are often less about the cleverness of engineering, and more about the teamwork. Sarah Allaoui from Major Key stated “It’s a little different from real life because there is no one-to-one interaction, you never “meet” the clients or present to them, like you would in reality’.

Overall the competition is about learning to work in a team to achieve an outcome and how to react if it doesn’t always work out as you want it to, which unfortunately happens a lot. Enginaughty’s conflict resolution experience, managing strong personalities who have differing opinions is something everyone in a work environment can relate to. Straight Outta Cundall has taken away a lesson on the stresses of business management, while The Imagineers realised the different aspects which affect the running of the business.

Ultimately, although congratulations are in order to Major Key for making it now to the finals, we’re pleased that so many of Cundall’s future leaders took part in this year’s competition.