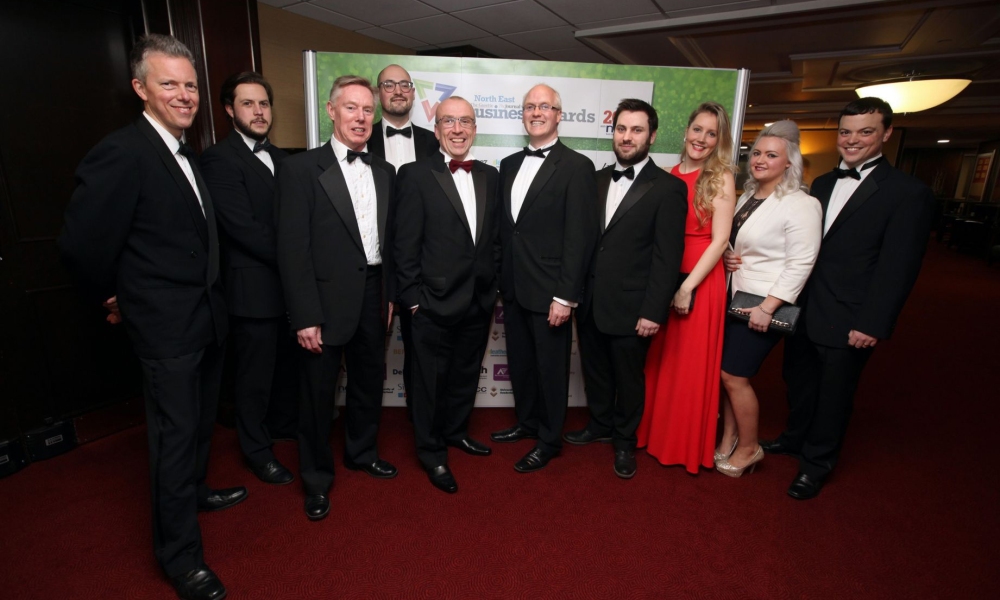 When asked to write an entry on my experience of the Tyneside & Northumberland North East Business Awards, I had big plans to write a football-esque report that took the internet by storm… Maybe unsurprisingly, sports journalism is far harder than it first appears and I realised I was falling very short! I will still endeavour, as an engineer not used to grand awards dinners, to outline my three highlights from the evening.

Highlight one: The Grandeur. Granted, the dinner wasn’t quite as star-studded as the Oscars, but arriving in a tuxedo, entering by walking-up a red carpet, being photographed for the next day’s press release and enjoying “Gravadlax and Avruga Caviar” is definitely a step up from my usual Thursday evening.

Highlight two: The Pride in the Region. Having come to Durham to study, fallen in love with the area and never left, I am always struck by the real pride felt from within the North East at what it can achieve. Ross Linnett, the guest speaker, was a perfect example. Interspersed with amusing anecdotes about his encounters with business leaders, politicians and royalty, Ross was keen to encourage us that local charm can go such a long way in business, extremely passionate about what the North East has to offer and a real inspiration to run with your ideas.

Highlight three: The Awards. As the partners round the table made it clear, they were keen for some of “the younger faces of Cundall” to go on stage, I began to realise I needed to smarten my suit and straighten my bow tie… Following the delight and surprise of winning the ‘Export Award,’ I felt safe in heading up on stage for our second nomination, knowing we had already collected our honours for the night. However, as the judge’s began to praise the winners for new offices around the world, a quality graduate scheme and having “Geordies in fifteen of their sixteen offices,” I realised Cundall had also won the ‘Let’s Grow Award’. Fortunately, I didn’t drop the (very heavy) trophy and the local reporter seemed very impressed to be interviewing a real-life employee who had collected the award and was benefitting from Cundall’s growth and staff development.

Assuming the headline hasn’t already given it away, Cundall also went on to win the ‘Tyneside and Northumberland 2016 Company of the Year,’ being described as the “real hidden gem of the North East” and becoming the first company to ever win three regional North East Business Awards in one night.

The night closed with an invite to the winners to attend the North East Business Awards final and, whether or not I find myself lucky enough to be sat at the Cundall table once again, I am sure it will be a grand evening with delicious food, a chance for Cundall (if we are so lucky) to be acknowledged for all our strengths and, most importantly, another perfect opportunity to showcase what North East businesses have to offer.

To find out more about the awards evening, click here.